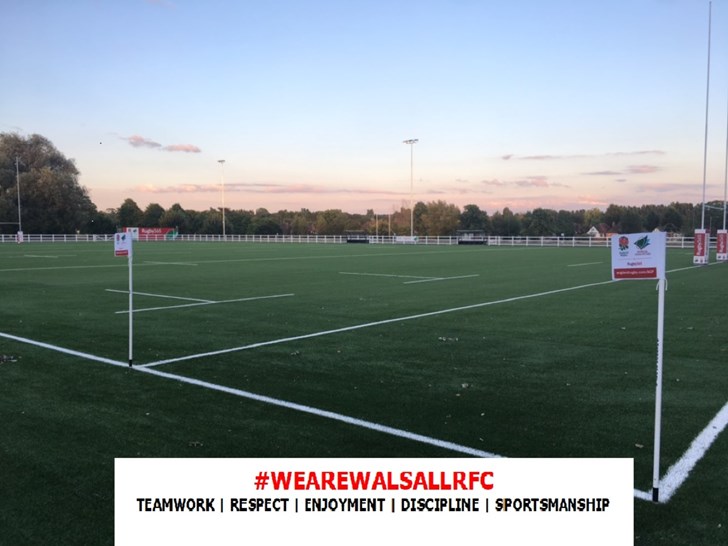 BE INVOLVED. INVEST IN WALSALL RUGBY CLUB
AND YOU WILL BE INVESTING IN ENGLISH RUGBY.

England reached the final of the 2019 Rugby World Cup but were beaten by South Africa. Rugby is now categorised in the top 3 global developed sports.
Over 5 million people play in England and it is the fastest growing youth
and female participative sport.

THIS IS A RUGBY GENERATION.
On your doorstep is one of England’s and the West Midlands oldest rugby clubs. With over 500 members Walsall Rugby Club can give you access to facilities, brand exposure, networking and participation for yourself or your business.

Our goal is development. Be the partner that continues to transform and build
this unique club. Be part of a journey that could bring out the next Owen Farrell
or Maro Itoje.

In August 2018 the RFU completed a significant capital investment at Walsall Rugby Club after choosing us as a site for one of their Rugby 365 Artificial Grass Pitch Facilities. To complement this investment, the Club now urgently need to modernise their outdated changing rooms, showers and male / female toilet facilities to make them compliant with modern day requirements and expectations. The Club has sought input from its members, supporters, visitors and from our community users to determine the desired improvements. Plans and costings have been prepared and Local Authority Planning Permission and RFF Architect approvals have been received for the complete scheme.

Because of the limited availability of external funding and the restrictions that this imposes on us, the overall project has been split into 3 separate ‘stand alone’ projects/contracts which have been sequenced to be done over a period of time, as funding becomes available. Each of these projects/contracts are also designed to have minimal impact on the day to day operation of the Club.

Project/Contract 1
To modernise existing changing rooms 1, 2 & 3 to also include integral toilet and shower facilities to each changing room as well as replacing a damaged section of roof above to make this area water tight.

Project/Contract 2
To construct an extension to the frontage of the Club to provide a new main entrance and reception foyer which will also contain an office area, new male and female toilets to replace the current old and inadequate toilets, a new disabled WC and baby change facility neither of which currently exist, additional storage areas and a new club shop.

Walsall Rugby Club, which celebrates its centenary during the 2022/2023 playing season is founded on the efforts of its many hard working volunteers and players and is proud of its long-standing reputation of being a welcoming and hospitable Club. However, we recognise that it is also necessary for us to provide modern facilities suitable for the use of all visitors, whether they be playing or non - playing.

By carrying out our modernisation programme to replace the existing facilities, all of which are in excess of 40 years old and are no longer fit for purpose, we are making a statement of intent of our commitment to the future. We intend to retain our position of being a well-respected Rugby Club that promotes and encourages rugby for all, irrespective of age, gender, race or ability whilst also reinforcing our reputation of having a welcoming and hospitable Clubhouse for the use of players, members, visitors as well as for the increasing number of social and community groups who are also using our facilities.

The total cost of carrying out all of the modernisation work described above is estimated to be £750,000

The ask:
Although the Club is actively seeking funding from external partners primarily to assist us with the delivery of Project/Contract 1 we are also engaged in raising a significant contribution ourselves some of which is to be generated through an energetic fundraising campaign comprising:

Please help us to deliver our ambitious and much needed modernisation plan by donating what you can. On behalf of Walsall Rugby Club - THANK YOU